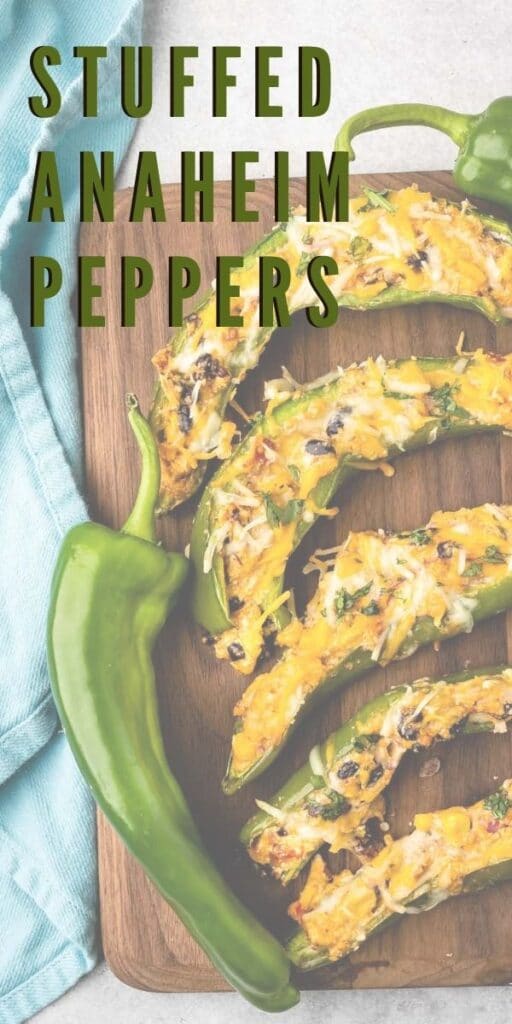 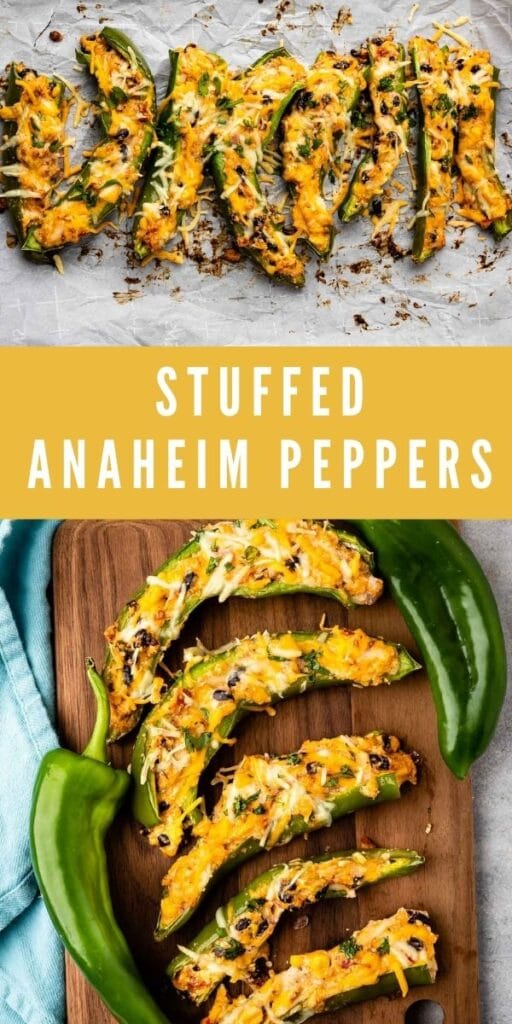 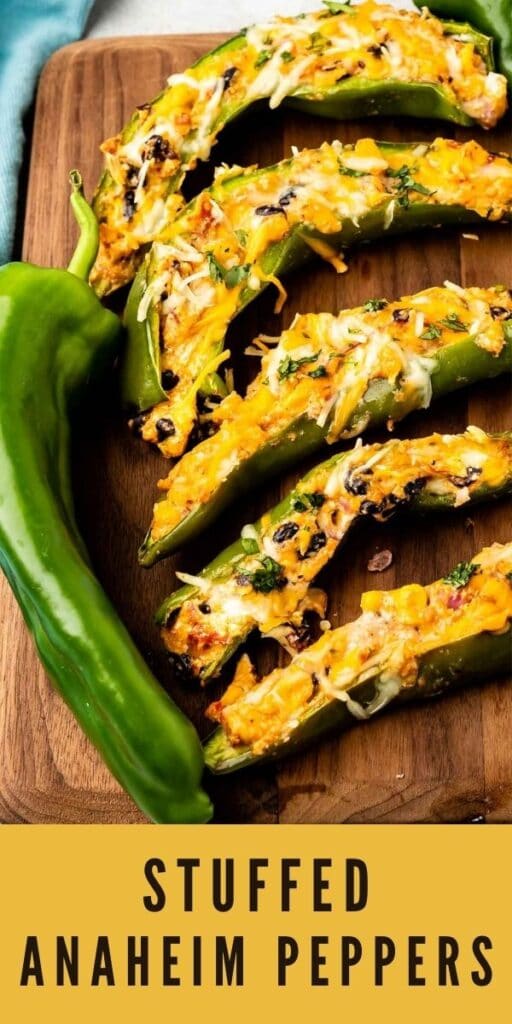 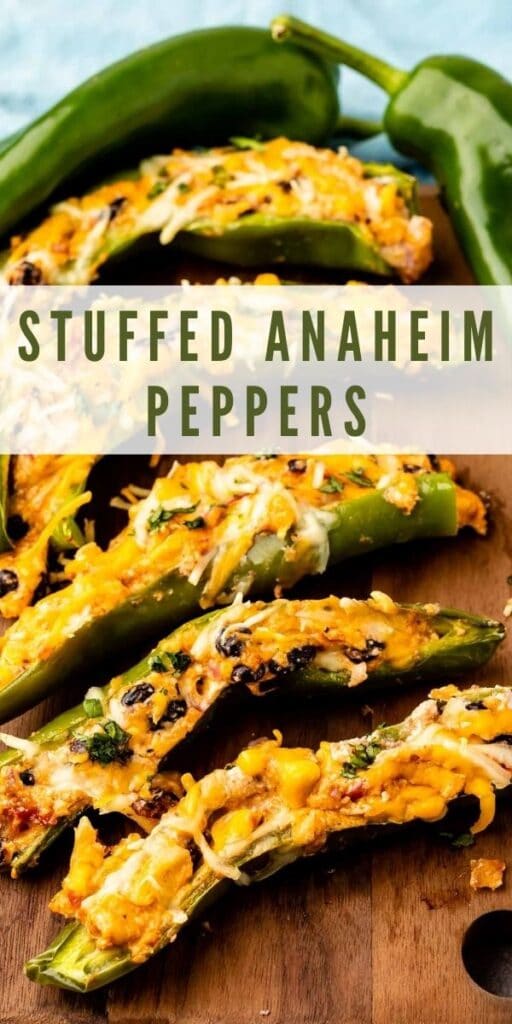 Stuffed Anaheim Peppers are easy to make and full of flavor. Peppers are stuffed with a cream cheese filling with beans and corn. Add some shredded cheese, and you get a hot and cheesy stuffed pepper that’s great for dinner!

Stuffed peppers are always an easy dinner, and these Anaheim peppers stuffed with cream cheese are a great recipe. The filling is creamy and cheesy with lots of flavor, and they don’t take long at all to make.

These cheese stuffed Anaheim peppers are sort of like a cross between stuffed bell peppers and jalapeno poppers. They have some heat but are not too spicy, and they’re big enough to serve for dinner.

If you’ve ever had stuffed bell peppers, they are similar, except we’re using Anaheim peppers instead of bell peppers. They are a mildly spicy pepper from New Mexico.

Many stuffed pepper recipes have meat, but this Anaheim peppers recipe stuffed with cheese, like jalapeno poppers, is a great vegetarian option. The filling has lots of black beans and corn mixed with cream cheese, so it’s filling and satisfying.

They’re ready in about 30 minutes, and we love them with some chips and salsa or a tossed salad on the side for a light dinner.

How to Make Stuffed Anaheim Peppers

Slice the peppers in half lengthwise and clean out the membranes.

Combine the cream cheese, corn, onion, beans, salsa, hot sauce, and half of the shredded cheese in a mixing bowl.

Press the cream cheese filling into the peppers. Sprinkle the rest of the cheese over the top.

Bake the stuffed peppers for 20 to 25 minutes at 400°F or until the cheese is melted and the filling is hot.

They’re actually pretty mild but have a hint of heat. Compared to jalapeno peppers, they’re much less spicy.

Can you make stuffed peppers ahead?

Yes, you can make these peppers and assemble them a day in advance. Stuff the peppers and then keep them in the refrigerator to bake later.

How do leftovers keep?

Stuffed Anaheim peppers will keep for a few days in the refrigerator.

Can you use other peppers for this recipe?

Yes, other peppers will work – small bell peppers or poblano peppers would be great. You could also stuff jalapenos with the filling for a hot appetizer. Just keep in mind if your peppers are bigger, you may need to double the filling.

If you’re a fan of peppers, this recipe for stuffed Anaheim peppers is definitely one to try. The warm cream cheese filling with black beans pairs great with the peppers. I hope you give it a try! 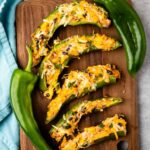 Stuffed peppers are always an easy dinner, and these Stuffed Anaheim Peppers with cream cheese are a great recipe!