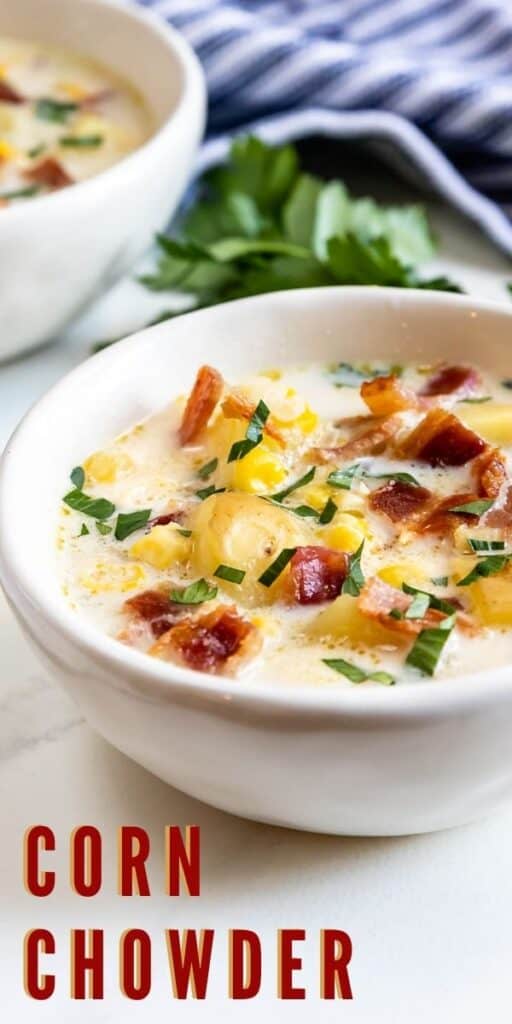 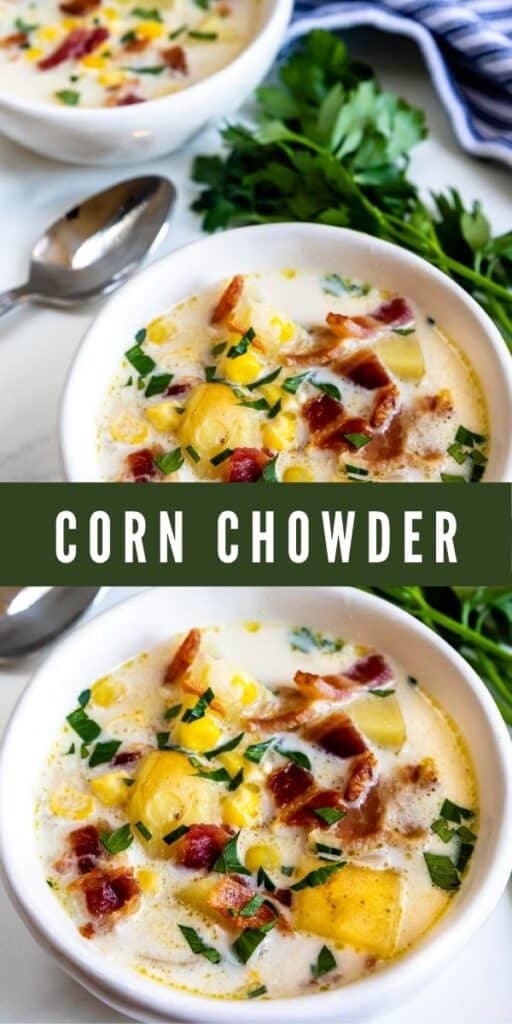 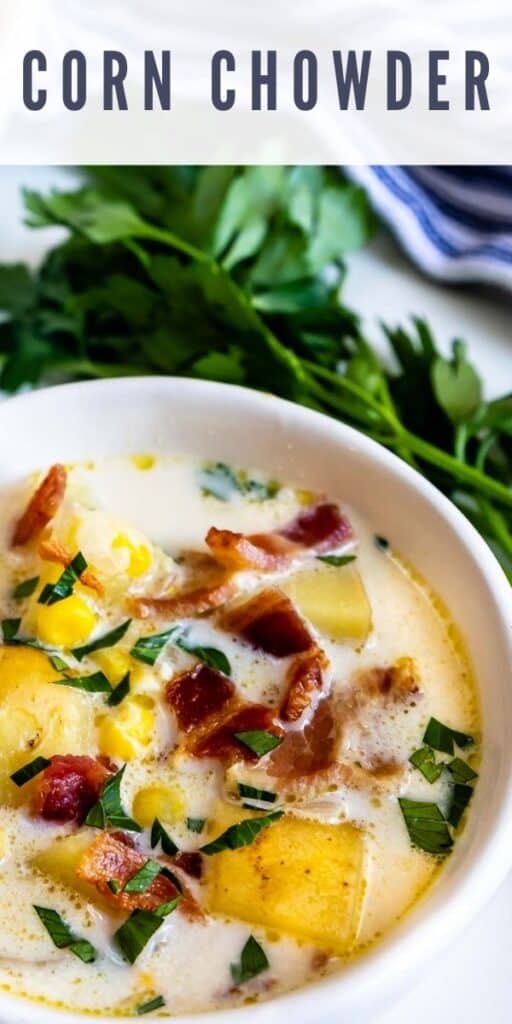 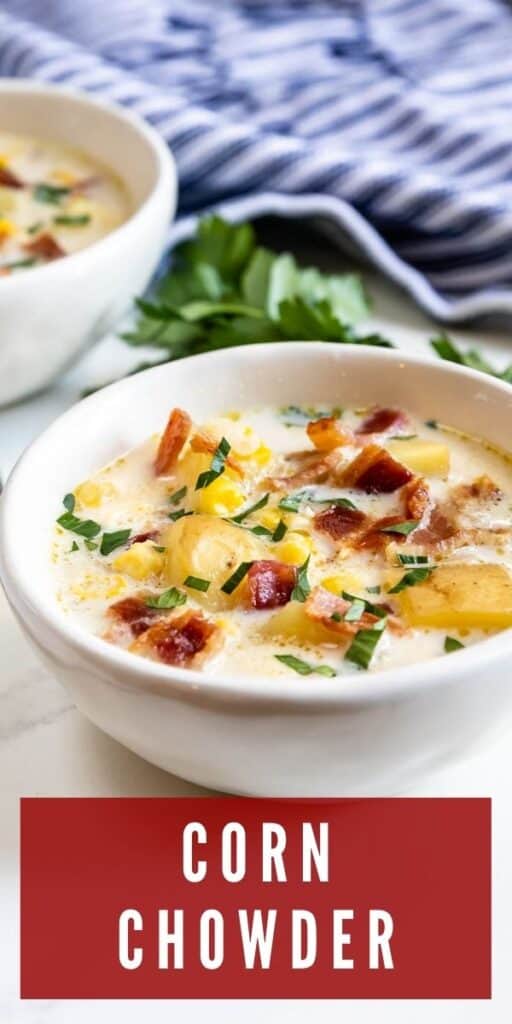 Learn how to make the Best Corn Chowder recipe with bacon, potatoes, and lots of sweet corn. This is a hearty chowder that is perfect for lunch or dinner. Add some crusty bread on the side to soak up every last drop.

Corn chowder is a delicious soup recipe that is perfect on a chilly day. It’s made with lots of corn, potatoes, and smoky bacon in a creamy broth. This is an easy chowder recipe that doesn’t take a long time to make. Make a batch and keep it in the refrigerator for easy meals during the week.

This corn chowder recipe has a great balance of flavors – the corn is a little sweet, the bacon is salty, and the creamy soup is flavored with garlic and onions. Parsley gives the soup a little freshness, too.

What I like about this recipe is that it’s hearty and filling but still light. It won’t weigh you down like other rich, and creamy soups can do.

How to Make Corn Chowder

Line a large baking sheet with foil and lay the bacon on it in an even layer. Cook the bacon at 400°F for 15 to 25 minutes or until the bacon is crispy.

Transfer the bacon to a plate lined with paper towels to absorb the grease. Reserve a couple of tablespoons of the bacon fat on the baking sheet.

Heat the reserved bacon fat in a large pot over medium heat. Cook the onions in the bacon fat until they are soft. Add the garlic and cook it with the onions for about 30 seconds.

Add the flour and stir, so it coats the onions and garlic. Cook it for one minute while stirring constantly. Add the chicken broth and stir until the flour has dissolved into the broth. While stirring, scrape up the browned bits off the bottom of the pan.

Add the half and half, corn, potatoes. Crumble the bacon and add half of it to the pot, reserving the rest for the garnish.

Bring the chowder to a slow boil and then lower the heat to maintain a simmer. Place the lid on the pot slightly askew so that steam can escape. Simmer the soup until the potatoes are tender, about 10 to 20 minutes.

Once the potatoes are tender, season the chowder with salt and pepper before serving. Ladle it into bowls and garnish each serving with some crumbled bacon and chopped parsley.

Can you use fresh corn? Yes, when corn is in season during the summer, it’s great to use in the soup. I prefer frozen corn the rest of the year because it’s a better flavor than out-of-season corn.

What potatoes are best for chowder? I like Yukon gold potatoes because they hold their shape when cooked. They’re also not as starchy as other kinds, like russets. Any waxy potatoes will work well in this soup if Yukon golds aren’t available.

Can you use heavy cream? Yes, for a more decadent chowder, you can substitute heavy cream for the half and half. Or, you can do half of each.

Can you freeze corn chowder? If you want to make the chowder ahead and freeze it, I recommend using heavy cream. It freezes really well, and you will get a better result once the soup is thawed and reheated.

How long does chowder keep? It should keep well for two to three days in the refrigerator.

If you like a hearty bowl of soup, you will love this corn chowder. I love the flavors in it, and it’s the best corn chowder I’ve ever made. We make it a lot when it’s cold, and it never disappoints. 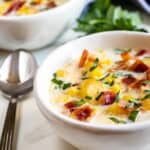 This is an easy Corn Chowder recipe that doesn’t require a ton of time. It’s made with lots of sweet corn, potatoes and smoky bacon in a creamy broth.