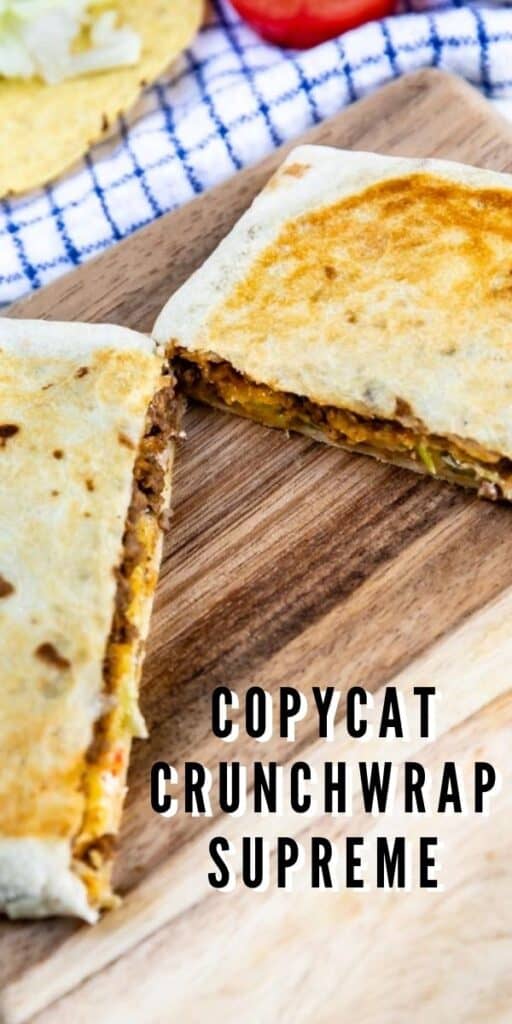 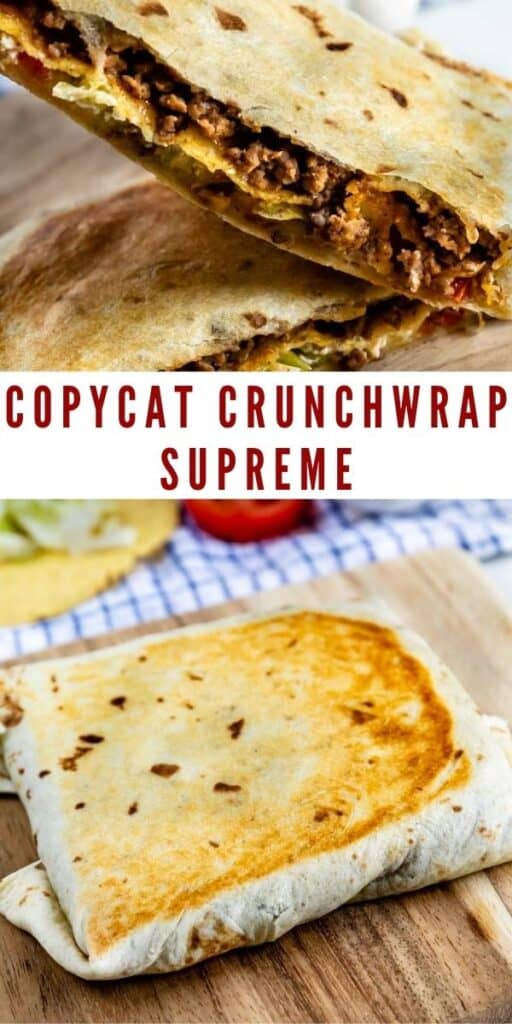 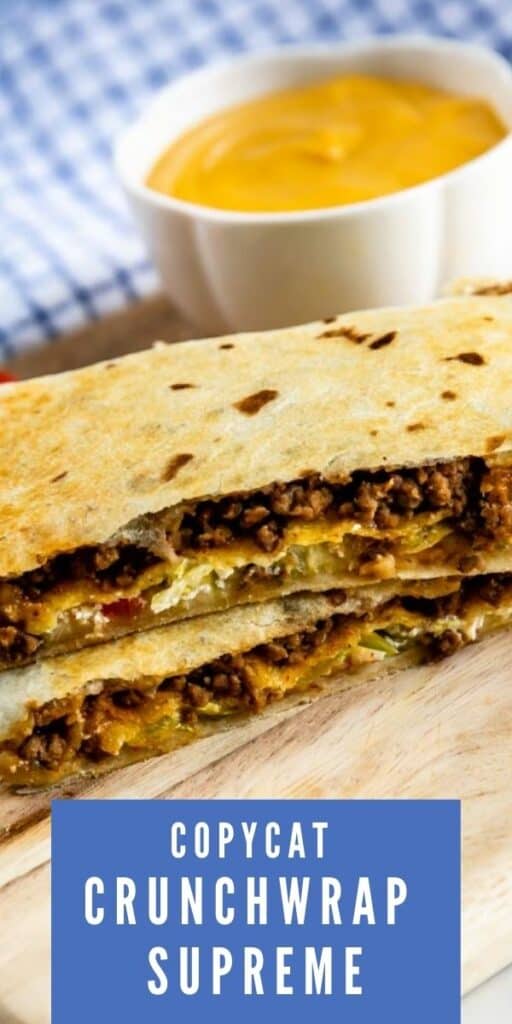 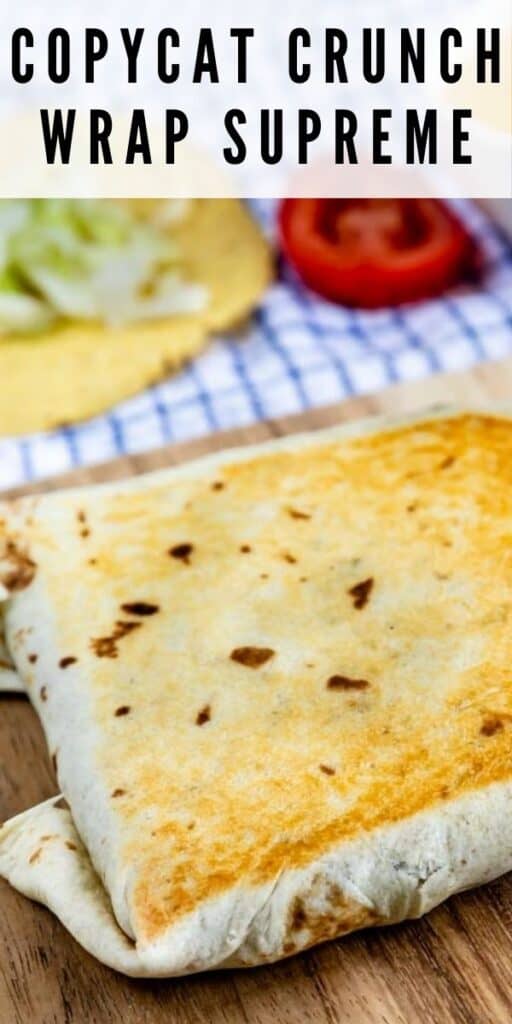 A homemade Crunchwrap Supreme with all the fillings including seasoned ground beef and cheese topped off with lettuce, tomatoes and sour cream. Learn how to make it and fold it just like one you get at a fast-food restaurant.

Have you ever had a Taco Bell crunchwrap supreme? It’s like a burrito and crunchy taco combined into one delicious meal! Well, you don’t have to hit the drive-through to get one now because I’m showing you how to make a crunchwrap supreme at home.

What is a Crunchwrap Supreme?

It’s a popular fast-food item at Taco Bell that is a flour tortilla and crunchy tostada wrapped up together with a seasoned ground beef filling and cheese sauce. What makes it a “supreme” are additional fillings like lettuce, tomatoes, and sour cream.

This copycat crunchwrap is very similar to the original and is a fun treat for dinner. The best part is that you don’t have to leave the house to get one.

How to Make a Crunchwrap Supreme

Brown the beef over medium heat in a large skillet. Add the taco seasoning plus the amount of water listed on the package. Stir and bring the liquid to a boil and then lower the heat to maintain a simmer. Simmer the beef for a few minutes so it can thicken.

Warm the cheese sauce in the microwave.

Place one tortilla on a cutting board or other work surface. Place the cooked taco meat in the center of the tortilla. Form it into a circle the same size as the tostada.

Top the beef with the cheese sauce and then place the tostada shell on top. Top the tostada with shredded lettuce, diced tomato and some sour cream.

How to Fold It

How to Cook It

There are a couple of ways to cook your crunchwrap either on the stove or, if you have one, a panini press.

This homemade crunchwrap supreme recipe is definitely a fun thing to make! You get the crunchy with the soft tortilla and all the delicious fillings like the original one you get at Taco Bell. I hope you give it a try! 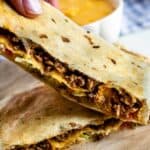 Have you ever had a Taco Bell crunchwrap supreme? It’s like a burrito and crunchy taco combined into one delicious meal! Well, you don’t have to hit the drive-through to get one now because I’m showing you how to make one at home.