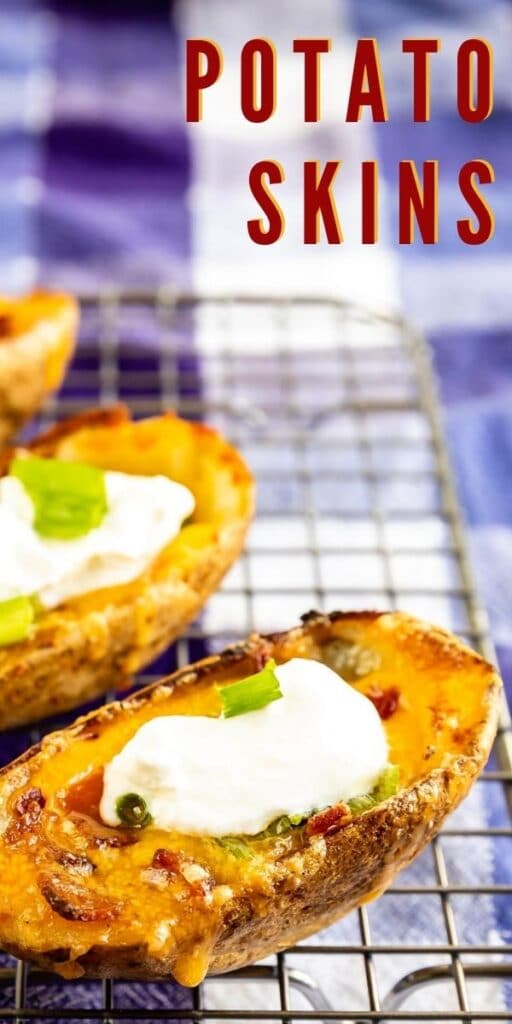 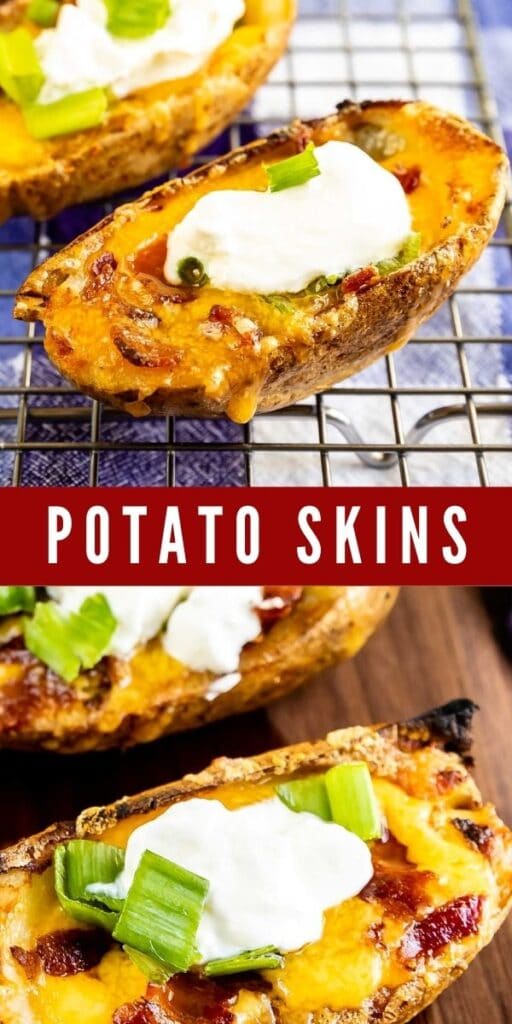 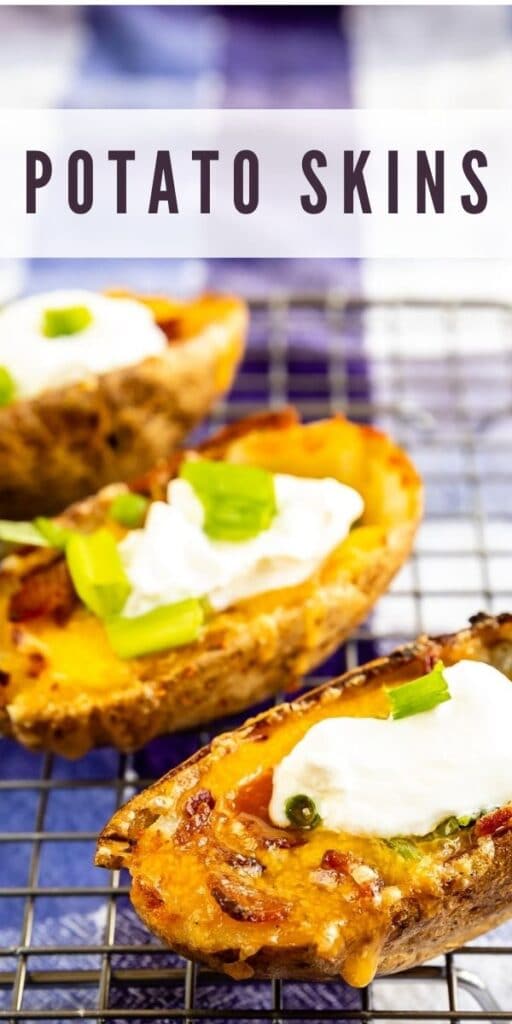 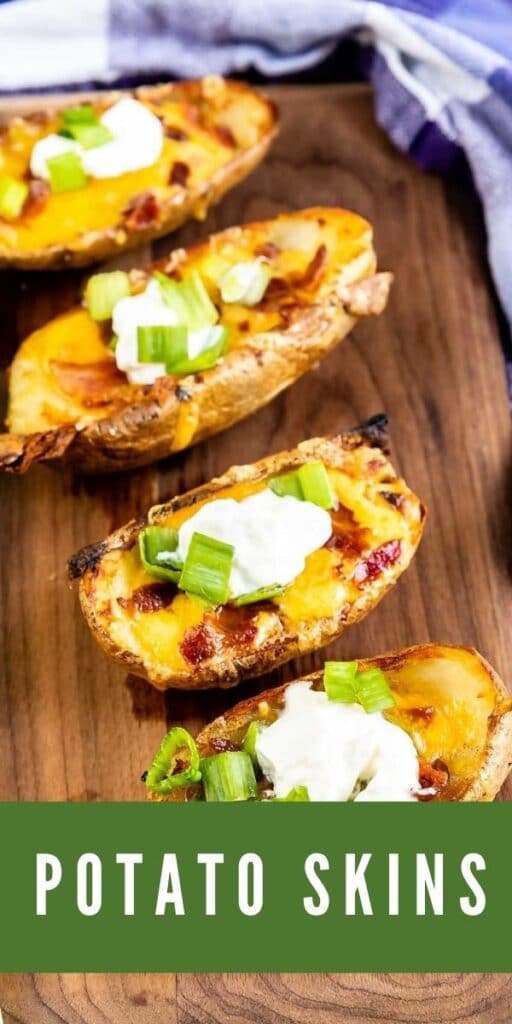 Easy to make Potato Skins topped with lots of melted cheese and crumbled bacon. Homemade potato skins are a great appetizer or snack for game-day or parties. You can make them simple with a few toppings or try other toppings to dress them up even more.

Potato skins are popular bar snacks, but I like to make them at home because I can make them just how I like them, and they’re also not as greasy as restaurant ones.

For this version, I went with a simple potato skin recipe that’s extra cheesy with bacon and then a dollop of sour cream and sliced green onions for serving.

What Are the Best Potatoes for Potato Skins?

Russet potatoes are best for potato skins. First, they have thicker skins that hold up well after baking them. Second, it’s also easier to scoop out the inside without the whole thing collapsing on you.

Once you fill them, they hold up well, too.

These crispy oven-baked potato skins are great for game-day get-togethers or other parties.

How to Cook Potato Skins

Poke the potatoes with a fork and then coat them in olive oil. Place them on a baking sheet lined with foil and bake them in a 375°F oven for about an hour or until they are soft and tender.

Cool the potatoes until you can handle them (about five to ten minutes), and then slice them in half lengthwise.

Scoop out the inside of each potato, leaving about ¼ to ½ inch of potato in the skins. Brush them with more olive oil, and then sprinkle salt and pepper over the hollowed-out side.

Take the pan out of the oven and let the potatoes cool for a few minutes. Turn on the broiler.

Top the potatoes with shredded cheese and crumbled bacon. Place the pan under the broiler and broil the potato skins for a couple of minutes or until the cheese is melted.

Top them with some sour cream and sliced green onions for serving.

Traditional potato skins are usually made with cheddar cheese and bacon (like the recipe I’m sharing), but you can get creative with the toppings and try something new. Here are some ideas:

I think potato skins are best hot from the oven. If you have leftovers, you can keep them in the refrigerator for a few days. The skins will soften, but they will still taste good. Then, just warm them up in the microwave.

To make things easier, you can prep these potato skins a day in advance. First, bake the potatoes as instructed and then fill them with cheese and bacon. Next, place them in a dish and cover them. Keep them in the refrigerator, and then when you’re ready, just put them under the broiler until they are hot and the cheese is melted. Save this potato skin recipe for your next party, and they will be a hit. No one can resist the combination of melted cheese, bacon, and potato. I hope you enjoy it! 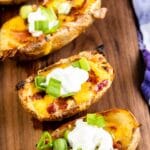 Easy Potato Skins are so easy to make and topped with lots of melted cheese and crumbled bacon. The perfect appetizer, side or snack!