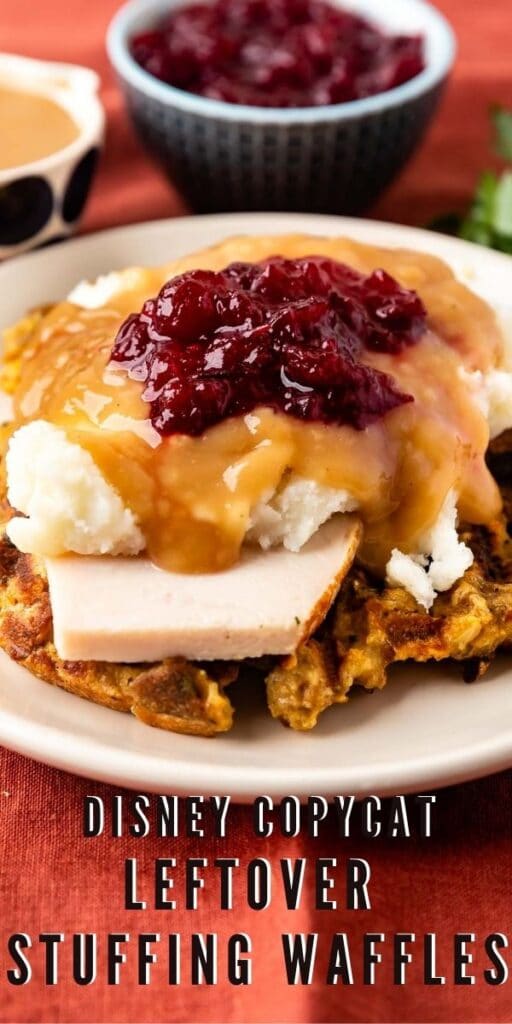 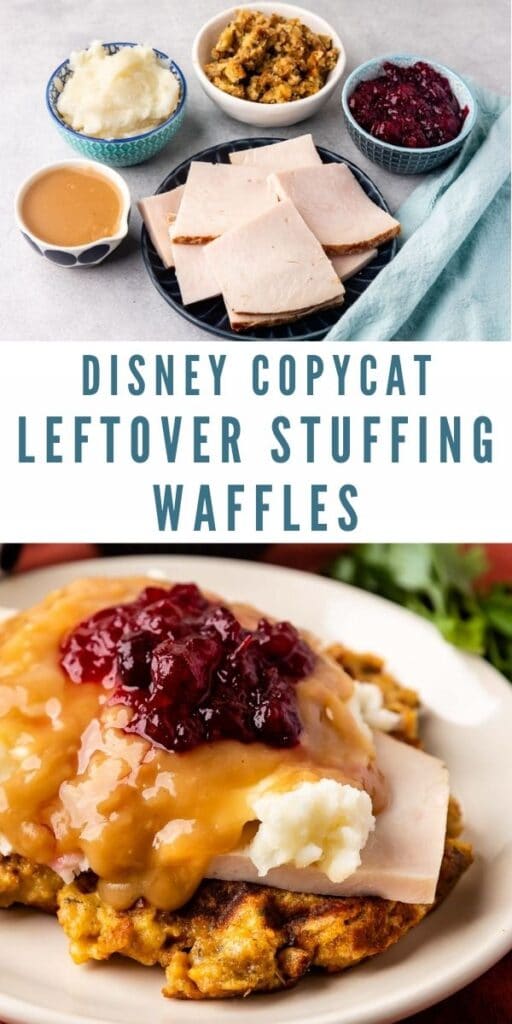 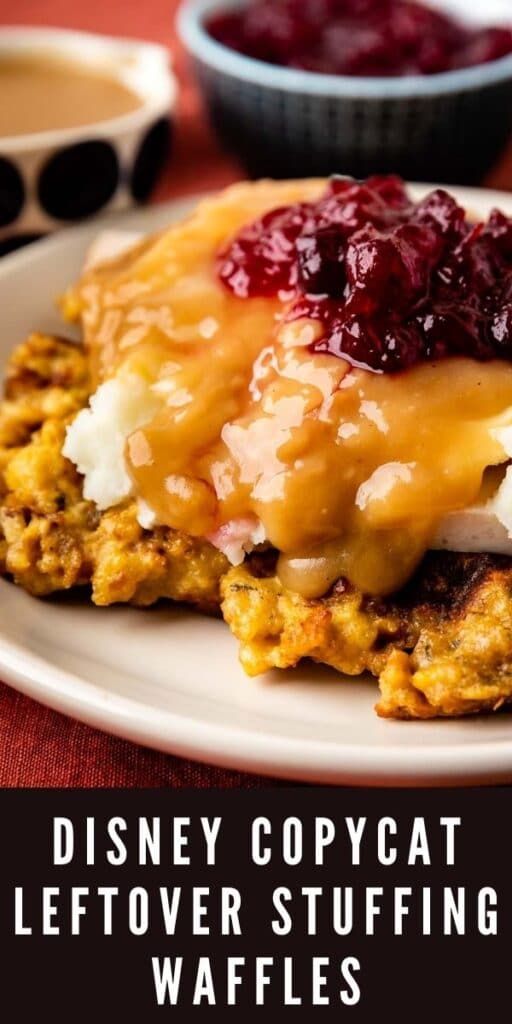 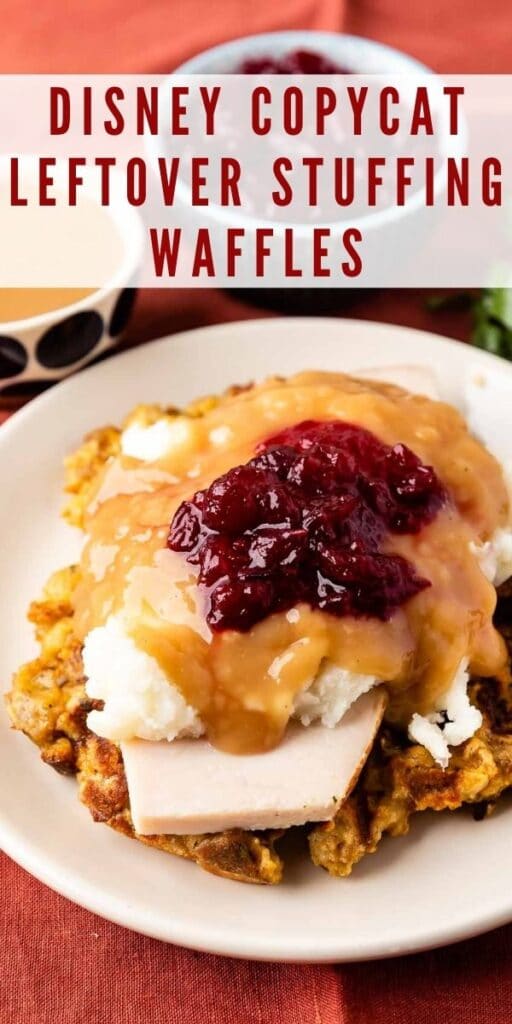 These Leftover Stuffing Waffles are a copycat of the version created by Disney. Stuffing is made into crispy waffles and topped with all the Thanksgiving dishes, including a spoonful of cranberry sauce on top. If you love Disney food recipes, this is a great one to use up holiday leftovers!

We’re big Disney fans at our house and love recreating some of the dishes we’ve had at the parks at home. Disney copycat recipes are always fun to make, and one of our favorites is the leftover stuffing waffles.

It’s what it sounds like – waffles made with Thanksgiving stuffing! I have to admit, we make this recipe all through the year whenever we’re craving those flavors, but it’s a really great way to use up holiday leftovers, too. So, I’m sharing how to make waffles with stuffing using leftovers or store-bought ingredients so you can enjoy them any time of year.

How to Make Leftover Stuffing Waffles

First, prepare the stuffing, mashed potatoes, and gravy following the instructions on the packages.

Heat a waffle iron to medium-high heat and brush the plates with vegetable oil, so your waffles don’t stick.

Combine the prepared stuffing with the eggs and cream. The mixture should be spreadable – if it’s too dry, add a little more cream.

Divide the stuffing, so you have even amounts on each waffle section in the iron. Cook the waffles for seven to eight minutes or until they are golden and cooked through. They should be easy to remove from the waffle iron once they are cooked.

Once the stuffing waffles are cooked, top them with sliced turkey, mashed potatoes, gravy, and some cranberry sauce for serving.

We use up all of the Thanksgiving leftovers during the holidays to make this recipe, so feel free to skip the store-bought ingredients and use what you have.

You might like to try some of these homemade holiday recipes for your big meal and use the leftovers to make these stuffing waffles:

We love to use leftover roast turkey breast for this recipe, but we’ve also made it with store-bought rotisserie chicken.

Depending on the kind of waffle iron you have, the number of waffles you get will vary. For example, a large waffle maker (6 to 8”) will make about six waffles.

I think the stuffing waffles taste best warm from the waffle iron, but they will keep for a few days in the refrigerator. Just keep in mind, they won’t be as crispy once they’ve been chilled and warmed. You don’t need to book a trip to get a taste of Disney Epcot recipes – make these stuffing waffles at home, and it’s just as good! The best part is that there are no lines or crowds to deal with when you make them yourself - Enjoy! 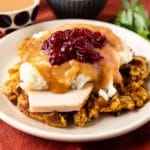 Looking for a creative, fun way to use those Thanksgiving leftovers? Try this Disney Copycat Leftover Stuffing Waffles recipe!