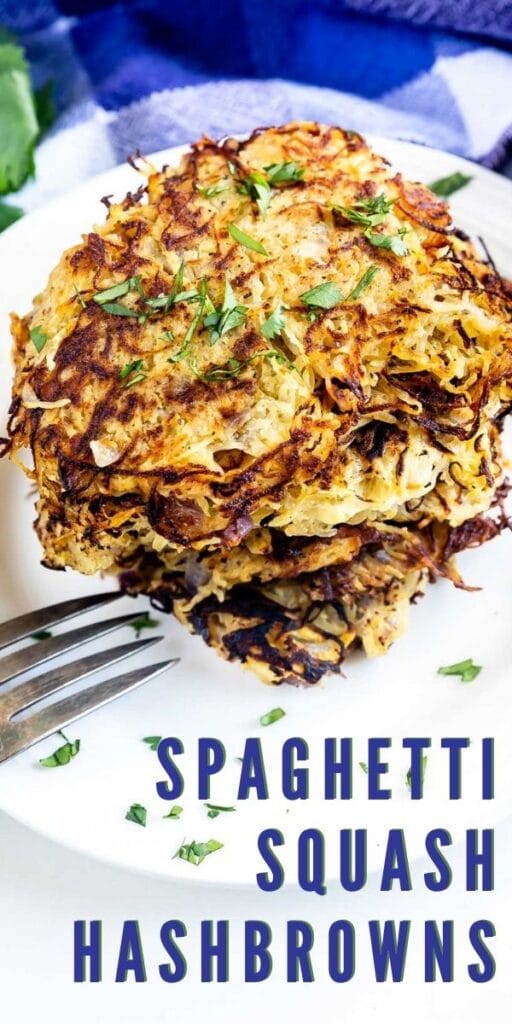 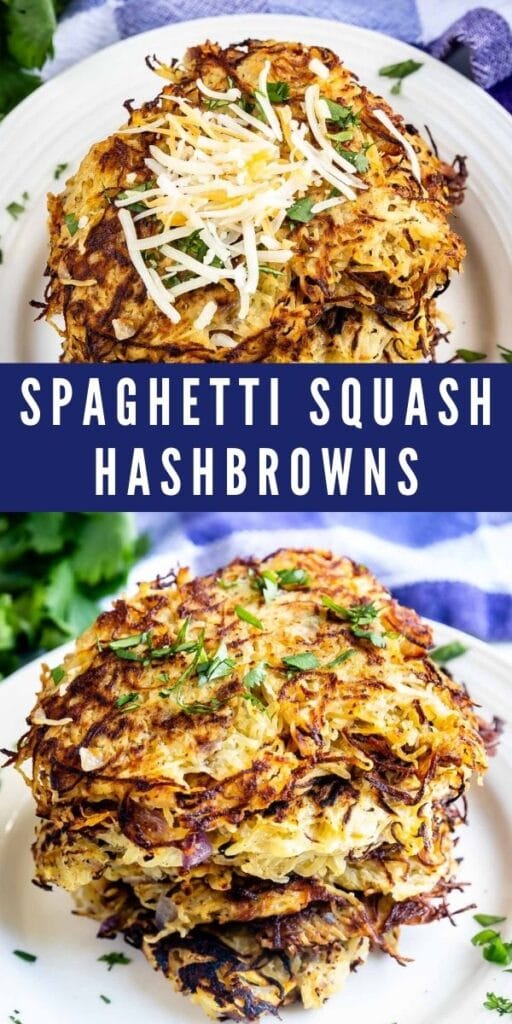 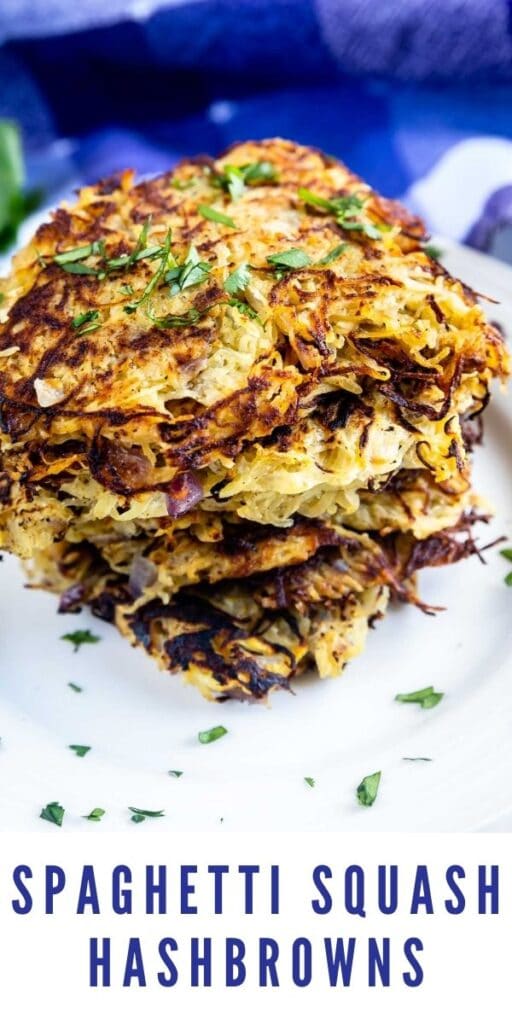 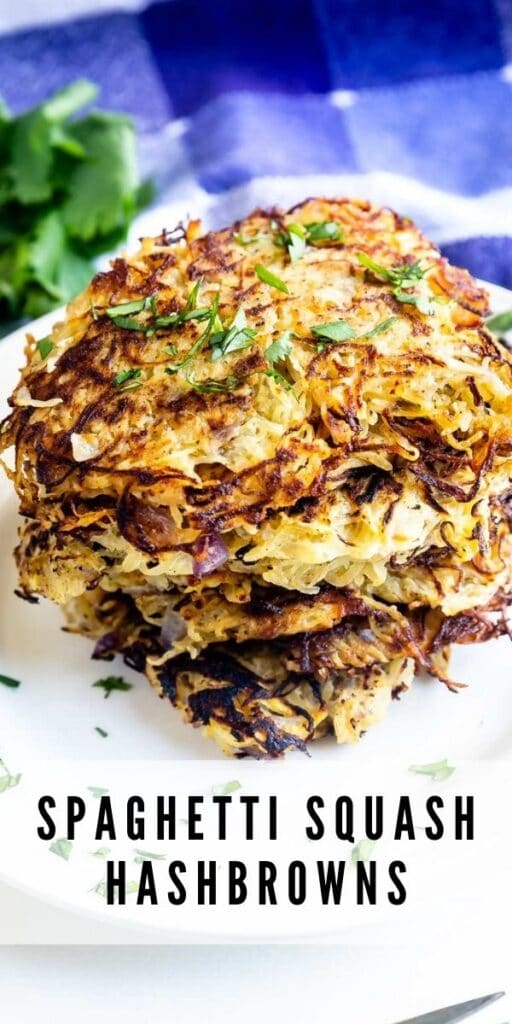 Spaghetti Squash Hash Browns are a lower-carb swap for traditional hashbrowns made with potatoes. They are lightly fried in a pan until they are crispy on the outside and soft on the inside. They are a great side dish for any meal!

If you like to eat lower carb, these hashbrowns are a recipe you will want to try. Instead of making them with potatoes, I use cooked spaghetti squash to make the hashbrowns and then cook them until crispy.

They have a very similar texture to traditional hashbrowns, but they are lighter and healthier. The best part is that you can’t really tell they are made with squash. So even if you’re not following a low-carb diet, this spaghetti squash hashbrowns recipe is a good one to try – we love to make them for breakfast, but you can serve them as a side for dinner too.

How to Make Hashbrowns with Spaghetti Squash

Cover a large baking sheet with foil. Place the squash on a cutting board and carefully slice it in half lengthwise. Scoop out the seeds and discard them.

Place the two halves on the baking sheet with the flesh side down. Bake the squash for 25 to 40 minutes at 400°F or until it is fork-tender. The baking time will vary depending on how big your squash is.

Allow it to cool for ten minutes, and then use a fork to scrape out the squash strands. Place all of the strands in a large bowl.

Squeeze as much water as you can out of the squash. You will want it as dry as possible, so your hashbrowns get nice and crispy while they cook.

Mix the squash with the egg, green onion, garlic powder, salt, and pepper.

Heat the olive oil in a large skillet over medium-high heat. Use a large spoon or scoop to drop scoops of the hashbrown mixture into the hot pan. Lightly press it into an even circle or oval shape.

I like to sprinkle the cheese over the top for serving.

Why are my hashbrowns falling apart? There could be two reasons. First, did you forget to add the egg? The egg acts as a binder that holds the squash together. The other reason could be excess water. You should try and squeeze out as much water from the squash as possible. Otherwise, it will make your hashbrowns soggy, and they might not hold together.

How long do they keep? I think they are best enjoyed soon after cooking them while they are still crispy. You can keep leftovers in the refrigerator for a few days, but they won’t be as crispy.

Can you bake them? I have not tested this recipe in the oven, so I am not sure the best temperature to bake them at and for how long. If you try it, let me know in the comments how it worked.

What can you serve with them? Serve them for breakfast with eggs and turkey sausage, or serve them as a side dish for dinner with chicken, steak, or pork chops. If you are looking for a substitute for potatoes, spaghetti squash is a great option! I can eat it any time of day, but if you’re looking for spaghetti squash breakfast recipes, these hashbrowns are delicious. I hope you try them! 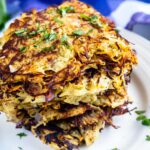 If you’re looking for spaghetti squash breakfast recipes, these Spaghetti Squash Hash browns are delicious. They’re great for any time of the day, even a substitute potato side dish.