Browned Butter Smashed Potatoes are an easy side dish recipe perfect for casual dinners or entertaining. 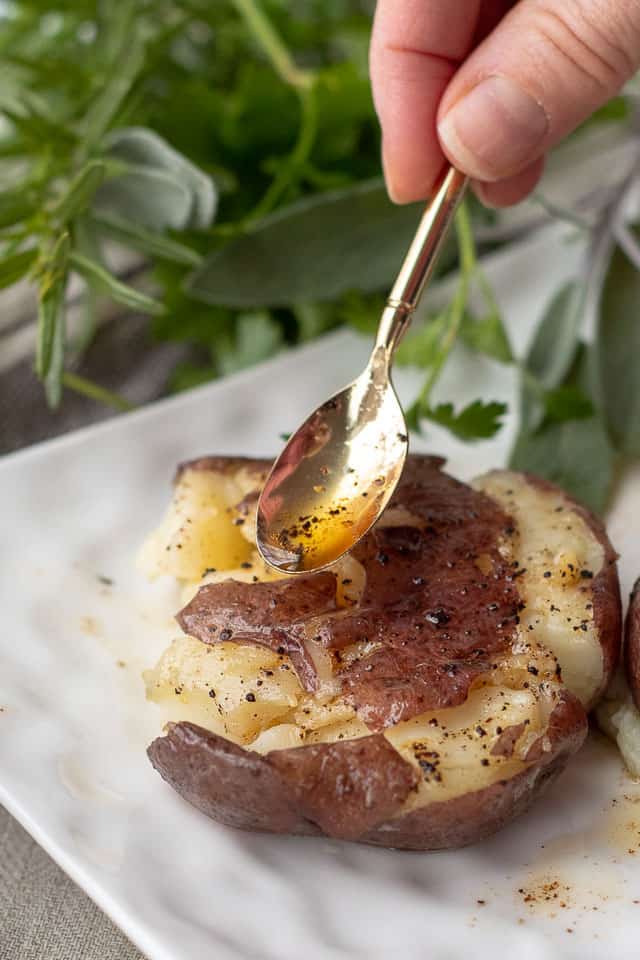 Browned Butter Smashed Potatoes are easy to prepare for a weeknight side or decadent enough for dinner guests.

There’s good reason why smashed potato recipes are all the rage. Although these potatoes are simple and easy to make, they consistently turn out mind-blowing amazing.

Only a couple steps stands in the way of enjoying the best potato you’ll ever eat.

Smashed potatoes start with a simple boiled potato. For this recipe, I prepared the potatoes using Boiled Salt Potatoes recipe to make the insides ultra creamy and flavored.

Next, simply melt the butter on the stovetop. Heat it a few minutes longer to give the butter the nutty, browned butter flavor. 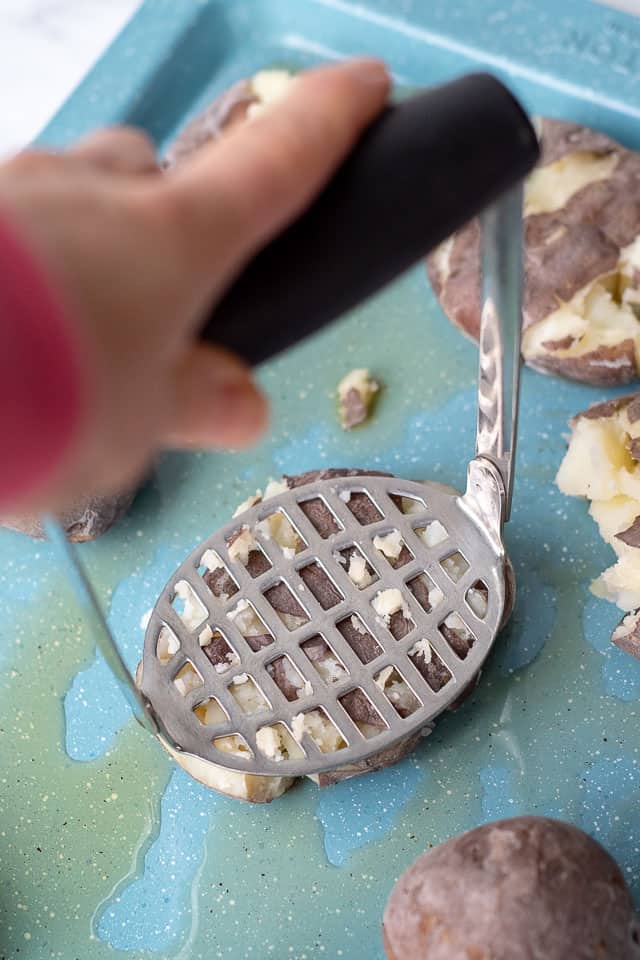 What are the Best Potatoes To Use For Smashed Potatoes?

For smashed potatoes recipe use a potato with a thin skin that holds it shape while boiling.

The best medium or low-starch potatoes to use are red, gold, or new potatoes. Make sure they are smaller and uniformly-sized so they cook evenly and quickly.

Other Ways to Prepare Smashed Potatoes 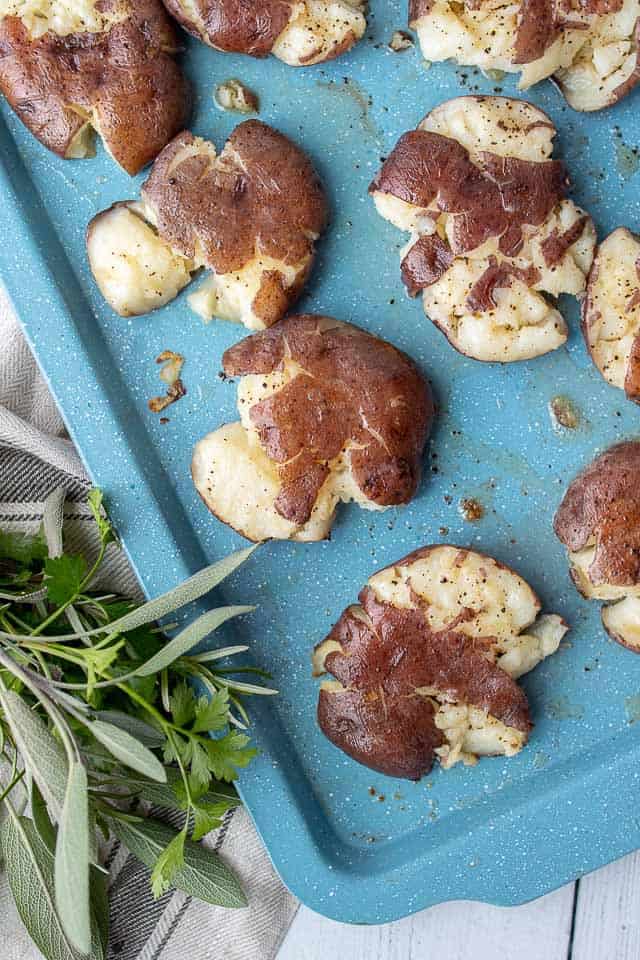