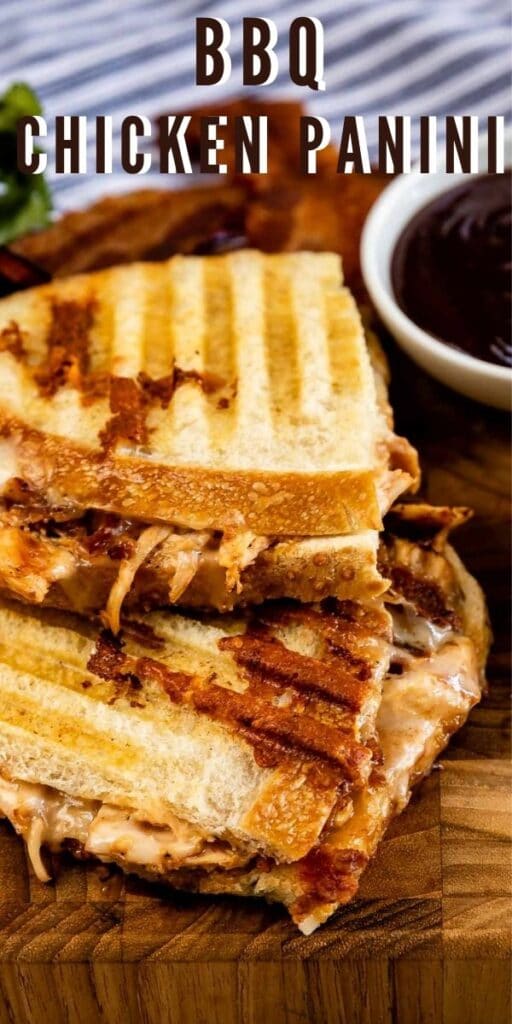 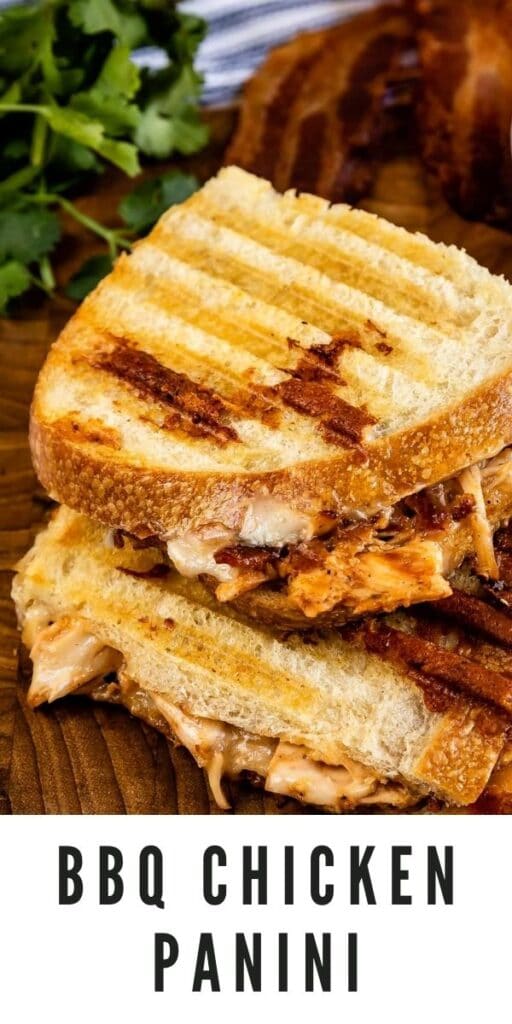 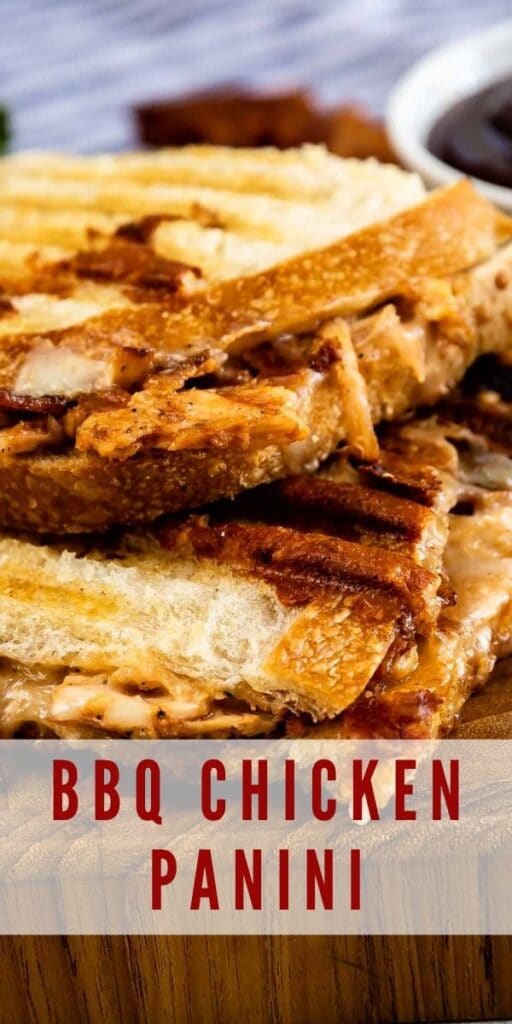 BBQ Chicken Panini is a grilled sandwich that is full of shredded chicken, bacon, tangy BBQ sauce, and melted cheese. It’s an easy recipe that’s great for lunch with a side of chips or make it for dinner along with a salad, French fries, or bowl of soup on the side.

One of my favorite kitchen gadgets is our panini maker. It’s great for making panini sandwich recipes and grilled wraps without turning on the stove. One of our favorite BBQ panini recipes we like to make is this BBQ chicken panini.

If you don’t have a panini, you can still cook this sandwich in a skillet on the stove like a grilled cheese. It works great, too.

It’s combined with your favorite BBQ sauce. You can easily switch up the flavors just by using a different sauce.

Add some crispy bacon and melted American cheese, and the sandwich comes together. It’s easy, delicious, and great for lunch or dinner. Another panini we like to make is a Turkey, Avocado, and Bacon Panini, so be sure to check out that one, too.

How to Make Grilled Chicken Panini

Mix the shredded chicken with the BBQ sauce in a bowl.

Heat the panini maker to medium-high heat. While it heats, assemble the sandwiches.

Place the sandwiches on the panini maker and close the lid. Cook them for three to five minutes or until the bread is golden brown and the cheese is melted.

Serve the sandwiches hot with the avocado, pickles, and extra BBQ sauce on the side for dipping.

If you don’t have a panini maker, you can use a skillet and cook your sandwiches on the stove.

Heat a nonstick skillet over medium to medium-high heat. Lightly coat it with cooking spray. Place the sandwiches in the hot skillet.

Once the sandwiches are golden brown, take them out of the pan and serve.

Sourdough works well for this recipe, but other sturdy sliced bread will work, too, like thick-sliced country white bread, whole wheat bread, or try Texas toast.

You can use any cheese that melts well for this recipe. Monterey Jack, pepper jack, cheddar cheese, and provolone are all excellent choices and an easy way to change up the flavor.

If you want an extra saucy sandwich, add more BBQ sauce. I don’t like mine dripping with sauce, so I serve some sauce on the side for dipping.

We like the avocado and pickles on the side, but feel free to add them to your sandwich before cooking them if you prefer. This hot shredded chicken panini is filling and so delicious. The combination of chicken, cheese, bacon, and BBQ sauce is a winner. Give it a try and let me know how you like it! 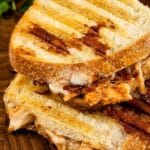 This BBQ Chicken Panini is filling and so delicious. The combination of chicken, cheese, bacon, and BBQ sauce is always a winner!